Full Name
Andrew Barbee MA
Job Title
Director, Research and Development
Company
Texas Department of Criminal Justice
Speaker Bio
Andrew Barbee brings an extensive policy and research background in correctional, court, and legislative processes to his role as Director of Research and Development for the Texas Department of Criminal Justice. Since joining the TDCJ in October 2019, Mr. Barbee has helped the agency look at challenges like staff retention, program evaluation, and deployment of effective risk assessment in much deeper ways.

Prior to joining the TDCJ, Mr. Barbee was the Director of Research for The Council of State Governments Justice Center where he led numerous projects for one of the organization’s flagship project areas, Justice Reinvestment. Andrew also directed the research activities on an unprecedented look at arrest activity involving people on probation or parole supervision in California.

Prior to joining the CSG Justice Center, he was the senior researcher in the Texas Office of Court Administration. While working for the Texas judicial branch, he worked on a workload study of the Texas courts, co-authored a financial obligations study produced by that office in collaboration with The CSG Justice Center and also assisted in development of records management systems for Texas’ specialty courts.

Earlier in his career, Mr. Barbee was a manager in the System Forecasting Division of the Texas Health and Human Services Commission, where he was responsible for the forecasts of the adult and child protective services populations and caseworker caseloads. He was also a senior researcher at the Texas Criminal Justice Policy Council, where he was responsible for developing the official adult correctional population projections for Texas and responsible for conducting impact analyses of legislation using the agency’s simulation model. Mr. Barbee has an MA in criminal justice from Sam Houston State University.
Speaking At
309 Time to Think Differently: A Multidisciplinary Approach to Suicide Prevention 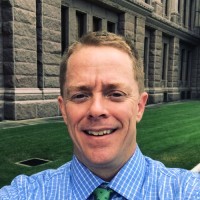